From over a long time, web directories have been a strong foundation for search engine optimization and the World Wide Web. But have you ever wondered their relevancy in the era of AI Google Updates?

According to the Web SPAM’s head, John Mueller stated that in general, web directories are still not relevant. However, the answer states ‘in general.’ This is the answer from John that dissects the reality that it can only speculate and interpret things on the basis of experience and knowledge. 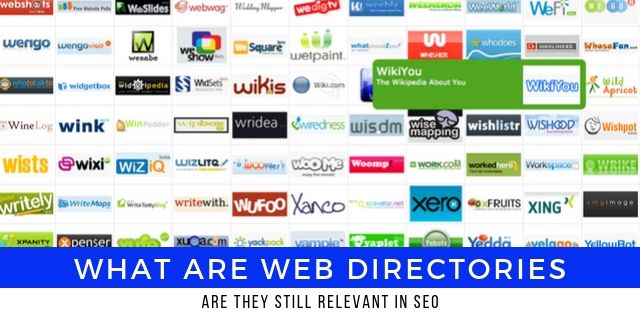 So, what about the relevancy of web directories for SEO?

Here, read this post to know everything about web directories and its relevancy.

What are Web Directories?

To find out why web directories work well or not, it is vital to first understand what exactly they mean.

Most of the people consider web directories as just websites, which list other sites. This is true to some extent, but in reality, they are much more than this.

Before modernization of search engines, like Google, the only internet people have was web directories.

Why Web Directories Were Introduced or Created?

In the initial days of the internet, only limited people had websites. It was uncommon to have internet connections and there was not much profit made from it. However, a larger number of sites emerged in distinct niches.

But, users need to actually remember the domain names to gain access to such websites. It is because Google was not there.

But with the growth of the internet, more websites began to show up. Soon, people were unable to remember all such names. And a pool of intelligent people from Yahoo introduced the brilliant idea to store the finest websites into something they termed as ‘web directory.’

On an initial basis, only a few websites were listed under the directory. These websites were the most popular ones or the sites that they believed were worthy of being listed. This way, the users have to remember only one website, which is Yahoo. This is useful if you wished to find all other relevant websites.

First, the websites were listed in an alphabetical manner. However, as the number expanded, they began to get listed under subcategories and categories. As a result, it was easier for users to identify what they required.

Hence, web directories made money from selling space for advertisement or by augmenting results in exchange for a certain fee.

What Brought an End to Web Directories?

The problem began to occur when the number of websites started to get too high. People started realizing that it was not so easy to browse all through the categories. It is a time-intensive process that took too much time and eventually the finest results were mixed up with those that are less good.

This is the way search engines appeared. By far, it was more convenient to enter a keyword and avail a list of top results than to browse through the categories that try to determine out the best website among all.

The modern search engines functioned on algorithms. This was quite similar to what they work on now. Based on the keywords in other factors and title, some websites would gain higher or better rankings than others.

Even, Yahoo! had a specific search engine for itself. But as known, Google took power because it offered users with improved algorithms. But this is not the only reason why Google ultimately became the leader.

Back then, Yahoo! was a huge giant. There were days when Yahoo! Mail, Answers, Messenger and News were the leaders. But a series of bad decisions fade them out and beat them in the competitive market.

The Legacy of Web Directory:

In fact, for most of the users, their first interaction with web directories was in 2013, when they first started to learn about SEO. They used to search the website for numerous purposes and not solely for searching a particular site.

Though the reality was the web directories were not able to interest the general public, new web directories kept popping them up. Also, there were niche directories that only listed sites in a specific field. Such websites may have got some potential customers and organic traffic when there were searches made for specific websites.

But in reality, most of the times, web directories existed as the links brought higher rankings. It offered people ways to get listed on multiple directories as they could. Therefore, it destroyed the sole purpose of directories. Most importantly, many paid directories were major SPAM.

They charge usually a low fee, somewhere around $5 to $20 in order to list your website on the homepage. But, mostly they were unable to bring bulk traffic to the website. It is because most of the users visiting web directories were SEOs that were focused only on building links.

So, do they still work presently or not?

One question that is still in a debate is that do web directories still help websites to rank better in search results from Google? Definitely not!

It’s true that web directories still create a small impact on the rankings, just the way any other website will link to you and pas you page rank. But, since they are abusive as an SEO tactic, Google penalizes those who use web directories. The introduction of Penguin 4.0 has resulted in ignorance of many of them.

As already discussed, web directories don’t offer much value to users as they don’t really utilize them for anything than SEO.

But this is not it!

People always prefer solutions, which are quick. Hence, they prefer using automated processes. With increased automation, the number of SPAM also increased. Such things are not useful to Google as they wasted lots of resources.

Everyone hates spam comments. Eventually, Google identified the best way to deal with this and it was penalizing people who use directories for improving their rankings. So, when updates like Penguin were introduced, web directories offered the ideal chance to make money.

Although a few sites were listed for free, now that Google penalizes sites for spammy links, some web directories were offered removal fees.

2. Web Directories Are Not Managed:

In case you are not able to find to good web directory, chances are that nobody is going to answer.

A few years ago, advertorials were slightly expensive for a reasonable budget and almost everyone had directory links, with only a few exceptions. They ranked better, so we considered that it is better to try them at least.

But even after long-term efforts, it was clear that it would not deliver any results. It is not because Google issued a penalty, but because the directory websites had errors during submission forms or no one replied or approved the websites.

Since they were not able to make much money, so people stopped putting in efforts into managing them.

3. Web Directories are no More Efficient:

If somehow you are able to manage well and able to get business directory listings, they will probably create very less impact.

It is best to spend time creating content and engaging with the audience. 1-2 links will be of no help and scaling the same can be risky and lead to penalties.

4. You Have Received a Penalty from Google:

The biggest problem with web directories is that your site can avail penalty if it tries to trick algorithms from Google.

It does not mean that you will be penalized if you submit the website to a directory. It means if you determine an interesting website, which also has a list of other websites, you must take into consideration!

But it is wise to check the background a little bit. You must be aware of the domain authority? Check for their backlink profile and determine whether they link to high-quality sites or phishing websites full or malware or not?

Hence, you must check that the site must bring value to the internet or other users. It must be relevant to the website. If it is not, then you must sure stay away from the same.

Considering local SEO, it is the only area where people actually visit reputed directories to identify a good location.

For instance, one such web directory is Google My Business, which is a web business directory. It lists businesses, but, it is now transforming more into a search engine. It ranks websites on the basis of algorithms.

Local people do check reviews and browse for them. But most of them simply stick with top businesses, which are the ones that get listed first in Google My Business or Google Maps as they offer the best results and are more usable.

The local SEO helps if the NAP details like phone, address, name or anything else are listed on numerous websites. But the title, which is reviews and distance form user plays a more crucial role.

The important thing with NAP is consistency. There might be some issues with Google if you have a blend of different addresses, phones, and names all over its place. But let’s be honest to such citations. They are not vital to the success of local SEO search. It is nothing related to that they are not helpful to get your brand visibility. But when there is a citation, you need to support it with a backlink.

A head start is local business directories. If you are able to list the local business there, it is great because their relevancy comes from the local orientation of the website itself. Most of the news is about city that means your business must be available to rank better in a particular city.

For those, who are unable to find a local business directory, they must find such kinds of backlink opportunities with a robust online tool. With such tools, they monitor the brand and name mentioned on the web. Then, you can engage with people and develop relationships.

Web Directories which are Still Good:

There are some locations where you can find good web directories. Moreover, White Hat SEO techniques suggest link building profile or any kind of web directory link.

The important here is relevancy. If you find listing relevant to your website, it will help you.

Many SEO experts react badly to forum posts or blog comments. It is because they are aware that it will not work. But still, blog comments are a major fuel to these blogs. Forums are still famous in industries like automotive, health, fashion, and music.

To make sure you avail adequate results, you must avoid spam, be useful and be relevant.

A good example of this are good directories are local websites, which may have listings. I don’t wish to mention a specific example here. However, if they hold an active account on social media, post on a consistent basis and fetch in some traffic. Also, you can list the local business here.

Some of the good local listing websites are Yellow Pages or Yelp. Though Google is bashed heavily as they are evil, it is but an excellent place to list the business.

Businesses like Yahoo or Moz have closed their directories. Most of the directories lack moderators that can actually cost money. Still, it may offer you small amounts of revenue. If you witness anchor texts, might be they are generated using by Globe Network, which is a kind of directory that indexes websites by linking them on pages containing innumerable external links.

On a general basis, you must avoid web directories. But at times, the web directory submissions are useful, particularly when it is about local SEO and local businesses. Before the links are submitted, make sure that an online directory is relevant to the niche and holds a good link profile.

1 thought on “What are Web Directories? Are They Still Relevant in SEO”